The Book Tour Episode One: How it all started It was winter. Two months before, I had run away from the small

village in Hungary where I’d been living, and from a love story I no longer believed in. I was now freezing in a four-hundred-year-old house in a small French village. Holed up in the kitchen beside the wood-burning stove, I was writing a mystery (Death by Slanderous Tongue) on the kitchen table, using all the pleasant and highly unpleasant village characters, noting down local gossip, and the strange goings-on that, put in the right (or wrong) context, could lead to a (fictional) murder.

I was filled with longing — for published books, for recognition as an author, for a wonderful new romance, for some warm weather, for romantic dinners, for something unusual to take place. Of course, having all of those together requires an impossible alignment of lucky stars, and things like that don’t happen in my universe.

I had already had two books published: my romance (Felicity’s Power) had been published by Power of Love in Australia, but the company had folded three months later. My non-fiction book (Finding Home in the Footsteps of the Jewish Fusgeyers) had been released the preceding autumn. It was a project that had taken me six years of research in the archives in Romania, Austria, Germany, Holland, England, the USA and Canada; the learning of a new language (Yiddish) so I could translate documents; much travel on buses and trains; and crossing all of old Romania on foot. Then, came the writing, the torture of writing proposals, and the rejection letters. But, it had finally found a home with the now-defunct Sumach Press in Toronto.

Finding Home did receive a few excellent reviews, but it earned me no money. No surprise. Not earning money is nothing new in my life: I’ve never quite figured out how folks do make it, and I’ve been too old to learn for quite some time now. Now, here I was, freezing, poor, living in a very unromantic French village. Understandably, life seemed rather flat, and eventless. Thus, the murder mystery to cheer me up.

It was on a late Thursday afternoon that the telephone rang. It was Rémy — he’s a sculptor, a friend, a cultural attaché who had arranged several of my art exhibitions over the years.

“How do you feel about going to Egypt for eight days? It won’t cost you anything: free flight, free food, free travel, free hotel.”

“Okay, we leave on Saturday morning.” He didn’t sound as though he were joking. “If you need a visa, you’d better get to Paris right away.”

“No gimmick. Just yes or no. If you aren’t interested, I have to know right away. Now.”

I took a train to Paris, three hundred kilometers away— sometimes you just have to take risks — and got myself to the Egyptian Embassy. I was lucky, too. Normally obtaining a visa took three days, but I would have one Friday afternoon: there had been a terrorist bombing, and tourists were thin on the ground at the moment.

I then went out to the edge of Paris where Rémy had arranged I spend the night in a circus trailer. Yes, I know, dear reader. This all sounds so unlikely. Like some romantic, highly unbelievable fiction. But it’s all true, I swear it is. Rémy’s son had his own, very original circus, and one of the trailers happened to be empty at the moment. No, there was no heating. Yes, the bed was a lumpy affair. Yes, there was running water in the washrooms out in the back of beyond, but it was cold water. However, the accommodation was free (I did mention that money and I don’t often meet.)

On Friday evening, visa and passport safe in my pocket, I got to watch the wonderful circus performance for free. On Saturday morning, I joined Rémy out at the airport. He was with a small group of friends — three sculptors, an art critic and historian (I knew him from way back: he was a very slimy guy), a blue-eyed pastelist, a photographer and his wife. I liked the blue-eyed pastelist right away.

On the plane, Rémy told me his story: he had originally planned to go on this trip with his mistress of the moment (he has always had a string of mistresses) but she’d left him the week before, when he’d made it clear he wouldn’t be leaving his wife. Now, he was broken-hearted. He had already paid for her ticket to Egypt, for the hotels; he had told his wife he would be traveling with his friend, the art critic, and a few artist friends, so he couldn’t suddenly announce he had a free ticket for her. But why waste it? Not only that, Rémy needed my shoulder to cry on.

In Egypt, the days passed very pleasantly. We went to museums, traveled to a few towns, spent hours (as the French do) over long lunches in shady gardens, drinking wine, discussing art at great length, and with much heated debate — French artists do like doing that sort of thing. I flirted a bit with the blue-eyed pastelist, and although he was polite, he wasn’t encouraging. We went to visit friends of the critic, and they all lived in crowded back apartments; we took slow boats across the Nile to other shady gardens where we dined, drank wine, and discussed art at great length, with much heated debate. In the evenings, after wonderful

dinners, much wine, many discussions, and debates about art, we strolled through the streets. Then, we’d say goodnight and go to our rooms (the slimy art critic always suggested I join him in his — he was not an easily-discouraged man). I, of course, was sharing Rémy’s room, the one he would have stayed in with his mistress — but not his bed (we really are just friends). And, each night, he would wax on about the mistress, about how much he loved her, missed her, about how wonderful his wife was etc. The usual.

Then, suddenly, something very strange happened (very strange in my life, anyway.) Somewhere out in that very distant universe, a few stars aligned.

It was the day before we were due to leave. Not quite lunchtime, we were all sitting at shaded tables outside a café in some forgotten town along the Nile, and everyone was, as usual, discussing art at great length. Rather bored, I looked across the road and noticed a sign: cyber café. Announcing I was going to check my mail (the French artists I know have no modern cell phones), I crossed the street, entered the café, paid my money, and went online.

Which was when I discovered that my publisher had written to announce I had just been awarded the Tanenbaum literary prize for Canadian history, and that I was to fly to Toronto for the awards ceremony. Afterward, I would be speaking at book festivals in a couple of cities.

I don’t know how many times I read that letter; how many times I checked that it really had been sent to me; that it had been sent by my publisher — I mean, things like this never happen to me. I finally managed to stagger back outside into the sunshine, and dazed, amazed, to lurch back cross the road, announce what had happened.

Heated discussion about art stopped immediately. Everyone stared. Then they began to cheer. Someone — was it Rémy? — flagged down a donkey cart filled with sacks of grain, and, pushed me into it. The blue-eyed pastelist jumped in beside me, handed the ancient and confused driver some money, and we were off, clomping through town with the group of artists walking beside us, cheering. It was quite a moment. All my hard work had paid off. I was on the dizzying heights. Finally. Well… sort of…

Okay, I was with a small publisher, and there was probably no luxury in sight, but I vowed I would use this opportunity to do what I had always wanted: criss-cross America, go on book tours, meet readers, writers, talk, see places. Wasn’t that exciting? Yes, I would be back on trains and buses again; I would probably be sleeping in hostels; in Toronto, I would be sleeping on a cot at my step-sister’s, sharing a back room with the cat’s litter box. Did any of that matter? Of course not. I was a recognized writer. I had won a much-coveted prize.

Yes, I know what you’re waiting for. You want a love story. The evening before we left Egypt, the blue-eyed pastelist told me he had just discovered I wasn’t Rémy’s wife or girlfriend (after all, we were sleeping in the same room), and he’d wanted to know if I would have dinner with him tomorrow evening, when we arrived in Paris. And if I needed a place to stay, he could always put me up.

So that’s it for Episode One. Stars don’t stay aligned forever in my world. But, dear reader, just in case you’re wondering… although much time has passed, the blue-eyed pastelist and I are still together. 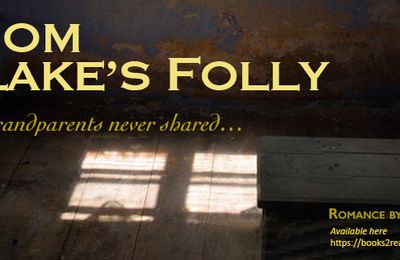